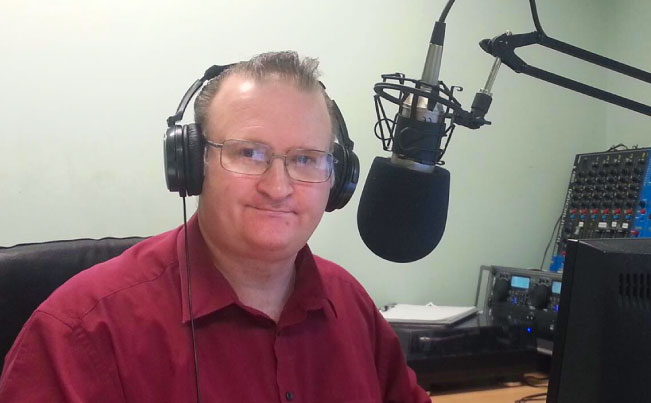 My name is Paul Hibberd, I am married and live in Sheffield and work at a Sheffield Academy School. I am also a Mobile Disc Jockey, and have been since 1981. I have been involved with radio since leaving school.

I started out assisting two presenters at Radio Hallam, scouring local record shops for songs and material to be used in their shows. In 1992, I was the Station Manager and presenter on PHANTAM AM, a RSL Country Music station, from which I was invited to join Radio Nightingale.

In 2001 I moved to Sheffield Hospital Radio and still present a weekly show. I joined Elastic FM in 2014 through my late step daughter, Kat Mayall's enthusiasm with the station. Kat was a Director and Presenter, and during a visit to see her presenting, I spoke to Roger Neale and put forward my idea for Pops the Question, a weekly pop music quiz show, which has now been running several years.